How do I test the speed in Speedify?

Speedify allows you to test your individual and combined connection speeds from within the app itself. In this article, we are going to show you how to test your speeds and how to interpret any messages that may appear.

After connecting to one or more internet networks, tap the Test Speed from the Settings menu. A new pane will appear at the top of the screen. Here, you will see Speedify do real-time speed test for your connection(s).

Speedify conducts the tests sequentially: it tests the download and upload speeds of each connection, before testing your combined speeds. The combined row shows just how much faster Speedify is making your internet! Be aware that the Test Speed feature uses a lot of data, so you may want to run it sparingly if you have a limited data plan or if you are using a free Speedify Plan.

Why wasn’t my connection used?

Sometimes Speedify doesn’t use your connections when testing your speed. In these cases, we will display messages in the Test Speed pane. The connection row that is not being used will also display crosshatching. 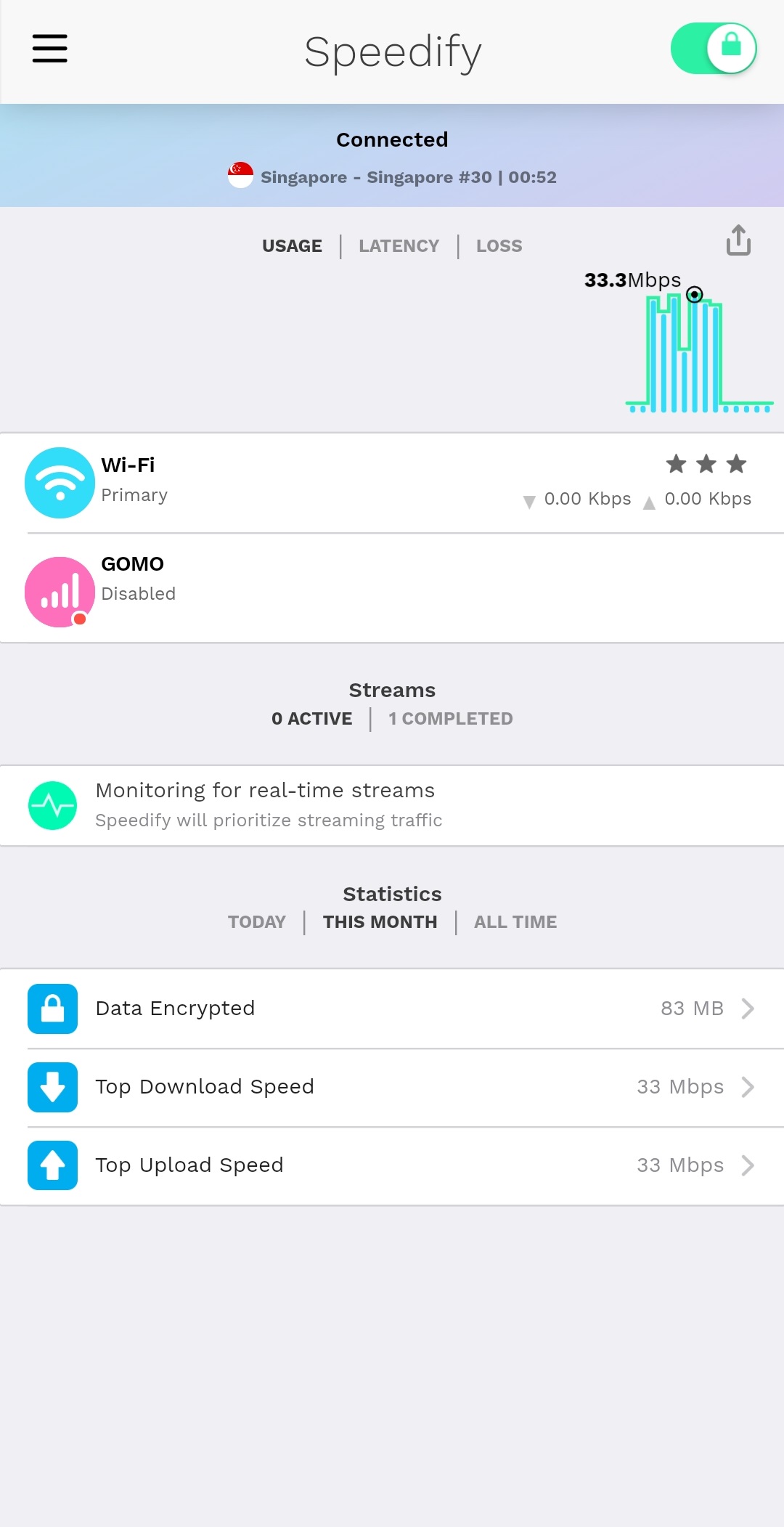 Below, we explain why this may happen.

[Connection name] is disabled.
A disabled connection will not be included in the test. You’ll have to enable the connection in Connection Settings if you would like to include it.

Still having slow combined speeds? Go to this link to see what steps you can do to improve your channel bonded connection.